Thinking of upgrading to Windows 10? 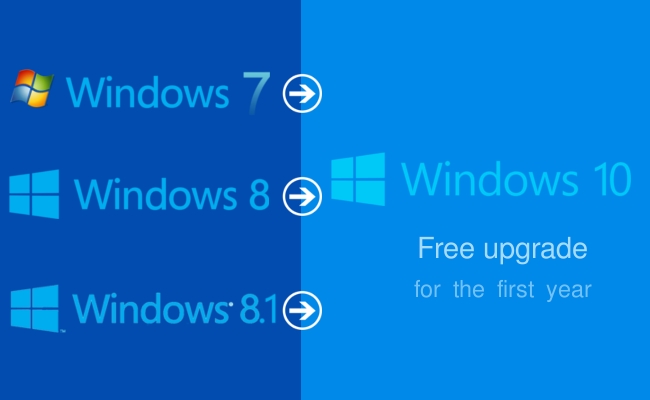 Windows 10 has been available for free upgrade for almost a year and confirmed by Microsoft, this free upgrade offer will expire on the 29 July 2016.

So, should we rush to upgrade?

Microsoft are not making it clear what they have in store for the future of Windows. Many predict they will move to a “software as a service” model where (like office 365) users commit to a subscription based licensing and update program…. although, this has not been confirmed. Without this information, it is very tricky to plan and move over to Windows 10.

What do we know for sure? Older operating systems (Windows 7, Windows 8 and Windows 8.1) will not be supported on new PC hardware going forwards. Whilst technically the older operating systems will still be patched and protected, they will not be supported on new computer systems. This essentially forces them out of mainstream use as computers are replaced (typically every 4 years).

For those with standard applications, a cloud CRM and supported hardware…. Should you upgrade? Well, Windows 10 has been out for a year and some large updates have been applied. It has almost had a full service pack (always recommended before being introduced to any live environment.) and general feeling within the industry is that it is a ‘good’ system. Its certainly nice to have the start menu back as well!

If you are looking to purchase new PCs over the next year these will come with Windows 10… and will not have the option to downgrade! – So, it is likely you will then be running with some Windows 10 and some Windows 7. This is never a great position to be in, so an upgrade of your older machines now would ensure better continuity across your business.

It is obviously not a good idea for organisations to be running old hardware or unsupported systems, but rushing to upgrade could be much worse! Many businesses are currently in the process of testing applications for use with Window 10 and have developed deployment packages for the upgrade, while others are still waiting for reliable print drivers to be released!. If you’re the latter, we would recommend waiting until testing is complete before deployment.  Whilst we don’t have confirmed pricing for upgrades post 29th July it is expected to be around £100. We don’t ever suggest rushing to upgrade for the sake of £100 per computer. If you are not sure or worried, hold off.

If you are in a position to upgrade now then it will save some cash and get you the latest version of Windows sooner…..

A full system audit is a good way to identify which applications will work and which will not.  The age of the PC and the likely refresh or warranty expiration date is a good place to start assessing whether to upgrade or not. As ever, we can help with scanning your network, creating system audits as well as planning, preparing, deploying and supporting upgrades.