Which is better for our business? It’s a common question. At first look, these two systems may appear to have similar offerings … but scratch beneath the surface and one might not fit your office needs…. 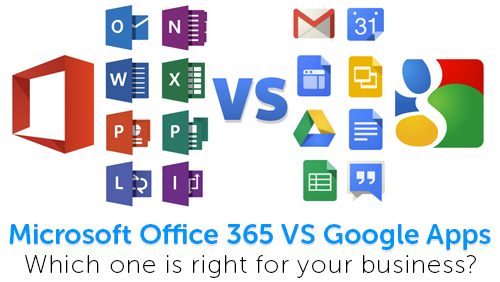 It’s a subscription based Office package which provides both on-line, offline and hosted services based around the popular Microsoft Office suite.

What are Google Apps?

Much like Office 365. It’s a subscription based package providing online apps and hosted services.

Launched first as early as 2006. These set of applications were released as a free product commonly known as GMail along with Google Calendar. The package has been developed extensively and now features; Google Mail (hosted Email), Google Drive (file sharing), Google apps (Docs, Sheets, Slides etc…. aka, Word, Excel, Powerpoint!). 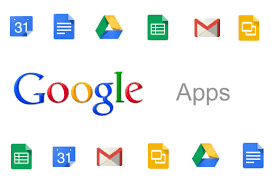 Well, there are some technical differences which you may be surprised to know:

From the users perspective, documents viewed on the respective on-line platforms are different! Google Docs does not handle some of the advanced graphics so files received from your customers, suppliers or clients might be missing information!

Google Apps does not offer offline access. If you are without internet, on a plane, on a train…. you can’t work! Office 365 provides the Office suite of applications for online or offline use and synchronises data back to the cloud once on-line again.

Office 365 goes way beyond standard workplace features and on to provide enterprise functions: Rights Management allows employees to secure email and documents to only those for whom they were intended.

In our opinion, Office 365 offers more in terms of functionality, value for money and importantly security of your data.

Talk to us about migration options.